Joe Biden will become the 46th president of the United States after defeating Donald Trump in a bitterly divisive election held amid the coronavirus pandemic during 2020.

However, his plans for the next four years are likely to face the challenge of a divided government, as Republicans have key victories in Congress. So important questions remain facing the US economy.

“Economic issues are key for the next president of the United States,” explained Dr. Alejandro Díaz-Bautista, an international economist, as well as a research professor in the Department of Economic Studies (DEE) at the Northern Border College (El Colef).

For months, economists have suggested that Washington fund more relief and economic aid packages for the coronavirus crisis. But the talks have been at a standstill, as Republicans reject the size of the spending plans put forward by Democrats, despite some pressure from Trump for his party to compromise.

Republicans have indicated that they will reach a deal before Biden takes office, claiming a final victory for Trump.

Income inequality remains in the United States. Inequality is rising to the highest level in more than 50 years, as liberals have pushed for higher taxes for the wealthy, polls suggest the plan has wide support among the public. 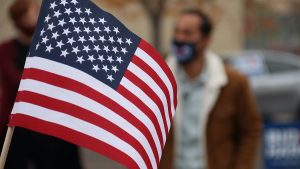 During the campaign, Biden called for parts of the 2017 tax cuts signed by Donald Trump to be reversed, vowing to raise the corporate tax rate from 21% to 28%, among other changes.

Climate change has brought an increasing number of wildfires, hurricanes, and other natural disasters. Biden is in a better position to tackle the issue of climate change.

Republicans warn that the plan will bury the US economy. But enacting even a limited version, or focusing on the regulation that you can enact as president, would mark a sea change from the Trump years, when the White House opened public lands to drilling for oil, lowered regulations, and moved away from global efforts, like the one in Paris.

Like Donald Trump, Biden has promised a turnaround stance toward China.

The USMCA is expected to continue with Mexico and Canada. But when it comes to China, he has promised aggressive tariff action, and few expect him to remove the tariffs Trump imposed.