War in Ukraine impacts the peso by having its worst drop since 2020.

This Monday, the national currency depreciated 2.02% and closed above 21 units per dollar, according to data from the Bank of Mexico.

The military conflict in Eastern Europe will bring negative effects to the world economy and to Mexico.

The United States warns that economic sanctions on Russia would be more severe than in 2014.

The war adds to the global economic problems that are being dragged on by the Covid-19 pandemic. Mexico’s economy will suffer economically from Russia’s attacks on Ukraine in 2022.

On the side of energy and food prices, supply chains, exchange rate volatility, and the increase in the cost of financing, the Mexican economy will suffer the effects of the armed conflict between Russia and Ukraine in 2022.

In this scenario, we could expect in Mexico and Latin America greater currency volatility, an increase in credit restrictions, and an increase in the cost of financing for governments, due to the global economic weakness and the increase in inflation, derived from the restrictions originated to face the Covid-19 pandemic and now the war in Eastern Europe.

Given the importance of Russia in the global energy and grain markets, higher increases are expected at the prices of oil or natural gas, in essential goods for transport, industry, electricity generation, and food.

The price of oil exceeded the cost of 100 dollars per barrel, something that had not happened for seven years. While there is serious concern about gas, whose main supplier in Europe is precisely Russia. The increase in oil prices in international markets has positive implications for the estimate in Mexico’s 2022 economic package, which is 55 dollars per barrel. But Mexico also imports more than 60% of the gasoline and diesel consumed in its domestic market, and with regard to natural gas, 70% of the gas is purchased in the United States.

The generation of electrical energy in Mexico is based in part on natural gas combined cycle power plants and from this source, 39% of the electricity consumed by the country comes from this type of energy, so the costs of electricity will increase in the form of consideration. 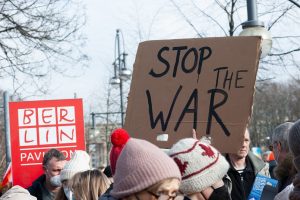 The war between Russia and Ukraine has left its mark on international prices. Wheat reached its maximum value in 17 months. Mexico has become the main importer of corn in the world. The price of wheat increased in international markets by 29% due to the conflict in Eastern Europe, which will surely affect the Mexican consumer and will be a factor that influences the increase in inflation.

Similarly, the automotive industry in the United States and Mexico could face production problems if the military conflict in Europe continues, since Ukraine supplies this region of the world with 90% of the neon it requires for the manufacture of semiconductors for automobiles and of electronic devices.

The exchange rate reaches above 21 pesos per dollar due to the advance of the conflict in Ukraine and the analysis of the prohibitions on imports of Russian oil by European countries and the United States. The war in Ukraine continues to have various effects on the world economy. There is a lot of volatility in energy prices and in foreign exchange markets. Dr. Alejandro Díaz Bautista, International Economist and Research Professor at El Colef.