The economic analysis indicates that the Mexican economy is stagnant and on the verge of an economic recession in 2019.

Economic growth during the last quarter was almost 0%, that is, economic growth was zero. The unemployed population in Mexico amounted to 2 million people, the highest amount since 2016, according to the most recent official data from  Inegi National Occupation and Employment Survey.

An economic analysis indicates that the Consumer Confidence Index has been falling for five consecutive months and the monthly indicator of private consumption in the internal market of Inegi showed a brake during the first seven months of President López Obrador administration.

“Mexican economy will only grow a range of 0.2-0.7% in 2019, in an almost nullity figure, due to the deeper economic weakness of the domestic demand components and the oil production platform, in addition to various signs of deceleration of the world economy, “said Dr. Alejandro Díaz Bautista, economist, national researcher at Conacyt as well as a research professor at the Colegio de la Frontera Norte (Colef).

There is a greater weakness in the internal components of aggregate demand in the economy. Similarly, the world economy has also shown signs of a slowdown in the second quarter of 2019, mainly due to trade tensions between China and the United States.

In recent days, the Bank of Mexico (Banxico) adjusted its forecast for the growth of the Gross Domestic Product (GDP) to 0.2-0.7% for 2019.

Banxico cut its economic growth forecast for Mexico for the fifth time in a row in this current 2019, according to its quarterly report for the period of April-June.

In Tijuana, Baja California and Mexico, there is no peace climate. The month of August has become the month in which for the second consecutive year Tijuana exceeded one thousand and 500 homicides. 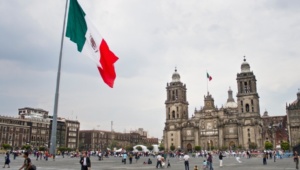 We observe a lot of violence every week and the crime incidence is on the rise. While it has been the worst start of a six-year term presidency in terms of safety since records are kept. From December 2018 to July 2019, 23,027 homicides have been committed and in the first half of the year, the incidence of high-impact crimes such as extortion, rape, business robbery, femicide, and kidnapping increased.

Inegi data reveals that more than 74% of Mexicans declare that they feel unsafe where they live. Citizens are not satisfied and violence is increasing.

Recall that López Obrador promised to lower gasoline price and that has not happened completely, on the contrary, volatility is maintained, while diesel is 10% more expensive.

According to data from the Secretary of Finance, in the first seven months of the AMLO’s government, the total net debt of the public sector increased by 234 billion pesos, which is equivalent to indebting Mexicans daily since December 2018, by one thousand 112 million pesos.