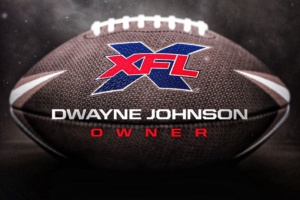 Vince McMahon’s football league filed for bankruptcy protection earlier this year after the COVID-19 pandemic wiped out the inaugural season of the upstart’s return. Johnson, an actor, and professional wrestler played college football at the University of Miami before playing a short time in the Canadian Football League.

The league intended to compete in a ten-game season and a two-week postseason in the winter and spring months, after the Super Bowl. All eight teams were centrally owned and operated by the league (as opposed to the franchise model, with each team having different ownership groups) and spread across the United States in markets currently or recently represented by an NFL franchise.

In announcing the reformed XFL, former owner Vince McMahon stated that while it would share its name and trademark with the previous incarnation, it would not rely on professional wrestling-inspired features and entertainment elements as its predecessor did, instead of aiming to create a league with fewer off-field controversies and faster, simpler play compared to the NFL. The league and its teams were owned by Alpha Entertainment, a private company formed independently of WWE by McMahon (although WWE was listed in filings as holding a 23.5% minority stake in Alpha Entertainment).

After 5 weeks of play, the XFL announced that its inaugural season would come to a close on March 12 because of growing COVID-19 pandemic concerns and social distancing mandates. On April 10, the league suspended day-to-day operations and laid off its employees; it filed for bankruptcy three days later and put itself up for sale. On April 21, recently fired former XFL commissioner Oliver Luck sued McMahon for wrongful termination.