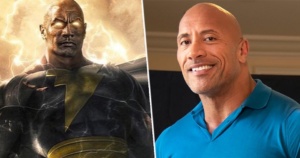 Dwayne Johnson will be playing Black Adam in the upcoming movie and will give life to an iconic DC Comic character.

It is rumored that Black Adam and Henry Cavill’s Superman will meet each other in the future. Black Adam is an upcoming 2021 superhero film, based on the DC Comics anti-hero of the same name. The film will serve as a prequel to Shazam! and it will be the twelfth installment in the DC Extended Universe. It is scheduled for release on December 22, 2021.

As originally depicted, Black Adam was a corrupted, ancient Egyptian predecessor of Captain Marvel, who fought his way to modern times to challenge the hero and his Marvel Family associates. Since the turn of the 21st century, however, Black Adam has been re-defined by DC Comics writers Jerry Ordway, Geoff Johns, and David S. Goyer as a corrupted antihero attempting to clear his name and reputation. Featured roles in such comic book series as Justice Society of America (JSA), Villains United, Infinite Crisis, and 52 have elevated the character’s prominence in the DC Universe.

Black Adam is reintroduced to the DC Universe in The Power of Shazam! graphic novel by Jerry Ordway in 1994. In that story and the subsequent Power of Shazam! ongoing series, Adam is a deadly and evil adversary for Captain Marvel.

In this revised origin, Teth-Adam was born on September 11, 1279 BC. Teth-Adam is the son of the ancient Egyptian Pharaoh Ramesses II and impresses one of the high priests, the wizard Shazam, with his good deeds. The wizard gives Teth-Adam the power to become the superhero, Mighty Adam, by speaking the name “Shazam,” an acronym for Mighty Adam’s powers: the stamina of Shu, the swiftness of Heru (Horus), the strength of Amon, the wisdom of Zehuti (Thoth), the power of Aton, and the courage of Mehen. He does not draw powers from Shazam due to the demoness Blaze making a deal with the Egyptian god Set.

Mighty Adam serves as Egypt’s champion for many centuries, but becomes corrupted by the charms of a mysterious woman, revealed to be Shazam’s evil daughter Blaze in disguise.