Drought Contingency Plan Up for Review 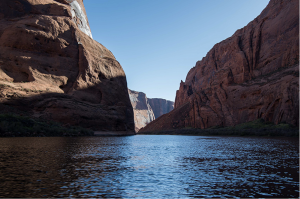 While different interstate agencies still are working out the details of the Drought Contingency Plan, Imperial Valley residents were able to read the draft of an agreement to help conserve water at the Colorado River and make comments.

In a special Imperial Irrigation District Board of Directors meeting, the public was able to review the draft proposal that is still not final. The interstate agreement would have to be adopted by the IID, the Metropolitan Water District, and other Colorado River agencies.

In this draft agreement, the IID agrees to assume the responsibility of up to 250,000 acre-feet through the duration of the interim guidelines adopted in 2007. The IID is reliant that the Colorado River is its sole source of water to serve its residents, industry and agricultural water users that feed the nation and ensure a safe and reliable domestic food supply year round.

There were two draft agreements for review, one was the agreement of the IID and the Metropolitan Water District contributions to Lake Mead and the other one the other one was an amendment to the California agreement for the creation for the delivery of extraordinary conservation international created surplus. This last agreement includes the city of Needles, Coachella Valley Water District and the Palo Verde Irrigation District.

Persistent drought affecting the Colorado River watershed has led to a concerted effort by contractors in the upper and lower basins to develop to what has become known as the Drought Contingency Plan to arrest the declining elevation of Lake Mead and Lake Powell.

It will also activate minute 323 binational water scarcity provisions that will result in additional water conservation volumes from Mexico to build elevation in Lake Mead.

The IID is responsible for implementing the largest water conservation and water transfer program in the nation sending approximately 500 thousand acre-feet of conserved water to urban California water agencies, conserving in excess of 5 million acre-feet of water since the inception of the water conservation and transfer program, ensuring that California lives within its 4.4 million acre-feet annual normal apportionment to the Colorado River.

There were comments by an agricultural group that is opposing the IID’s participation in the drought plan based on a Superior court ruling in the Michael Abatti Vs. IID litigation that is currently before the Fourth District Court of Appeals in San Diego.

In a letter submitted by attorney Cheryl Orr representing Musick, Peeler $ Garrett LLP, it stated that as a primary issue is whether the IID would be able to recover the 250,000 acre-feet contemplated in the drought plan and how much will return.

The letter stated that the IID has failed to provide any hydrological water studies for the Colorado River that reflect what the projected elevations of Lake Mead will be in 2027, and thereby fails to disclose the real prospects are for recovering any of the water the IID is committed to storing on Lake Mead.

The letter ended by asking the IID to postpone the consideration of the Drought Contingency Plan and study the issue of water recovery and its legal exposure.