DRIVING WHILE IMPAIRED: A DEADLY PROPOSITION

As the weather warms up and people plan for their much-anticipated summer vacations, we all should be reminded of the problem of “driving while impaired.” Impaired driving is dangerous. It is the cause of more than half of all car crashes. Impaired driving means operating a motor vehicle while you are affected by alcohol, legal or illegal drugs, sleepiness, distractions (such as using a cell phone or texting), or having a medical condition which affects your driving.

A great deal of attention has been given to the problem of drinking while under the influence of alcohol. Organizations such as Mothers Against Drunk Driving have succeeded at raising awareness. However, a driver can be impaired without ever consuming a single drink. For example, simply being sleep deprived may lower a person’s ability to make the decisions a driver needs to make to avoid a collision. Then there is the issue of marijuana. Does legalizing marijuana lead to more traffic crashes? The data collected thus far reveal that states where recreational marijuana is legal have experienced a slight increase in traffic collisions. However, there has not been an increase in crash-related fatalities compared to other states. These findings are not necessarily inconsistent, however. According to the government affairs office of Mothers Against Drunk Driving, one of the characteristics of a driver who is on marijuana is that they tend to drive more slowly. This may lead to more accidents, but of less severity. According to the insurance industry, states that have legalized recreational marijuana use have all experienced an increase in auto accident claims, with that increase ranging from 4 to 14 percent. Some would suggest that states that have not yet legalized marijuana may want to pause before doing so. In other words, the verdict is still out in terms of whether or not, and just how much, legalizing marijuana can affect public safety. One particular challenge for law enforcement is developing a way to determine whether driving ability has been impaired by marijuana use. Marijuana does not lend itself to something as simple as a blood alcohol test, for example. “Frankly, there may never be a .08 standard because of the way the drug works,” commented one researcher. This means that law enforcement will need even more training to be able to enforce impaired driving laws against drivers under the influence of marijuana.  Clearly, more information needs to be gathered to understand the potential effects of marijuana on driving ability. However, there is a consensus that it is never a good idea to use an impairing substance and then drive. 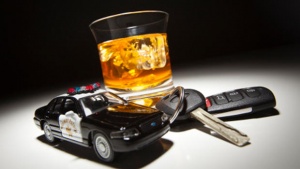 Whether it be marijuana, prescription drugs or alcohol, driving while impaired is a big problem that does not seem to be going away. In 2015, nearly one-third of all traffic-related deaths in the United States were caused by alcohol impaired drivers. Drugs other than alcohol (legal and illegal) were involved in about 16 percent of all motor vehicle crashes. According to one report, in 2015, drugs were detected in 43 percent of drivers who suffered fatal injuries, a higher percentage than cases involving alcohol alone, the report found. What this means is that many of today’s impaired drivers are combining two or more substances, which has a potential multiplicative effect on driver impairment. Given what we do know, it is all of our responsibility to keep our roads safe.