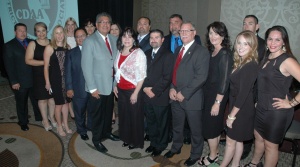 Domestic violence is a sensitive issue that needs to be addressed in the Imperial Valley and the current partnership between the Imperial County District Attorneys Office and WomanHaven is the combination that gives victims hope during their darkest moments.

Earlier this year, the Imperial County District Attorney’s office received a grant in the amount of $203,143 to create a specialized unit to provide a coordinated response to victims of domestic violence and their children right after the incident. The D.A.’s Office is working in conjunction with the Center for Family Solutions/WomanHaven to help women that have been victims of abuse.

Owen said that the D.A.’s office received 896 domestic violence cases in 2017 and out of those 582 were approved. Owen said that uniform crime charging standards come when after reviewing the complete investigation, the prosecutor is satisfied that the evidence shows the accused is guilty of the crime to be charged; there is legally sufficient, admissible evidence of a corpus delicti; there is legally sufficient, admissible evidence of the accused’s identity as the perpetrator of crime charged; and the case can be proven beyond reasonable doubt based on admissible evidence and considering all reasonable defenses.

Owen added that the prosecutor’s interest in holding the offender accountable may conflict with the victim’s personal resolution.

“The right of the victim to continue the relationship should not be confused with the obligation of the prosecutor to prosecute probable cases,” Owen stated.