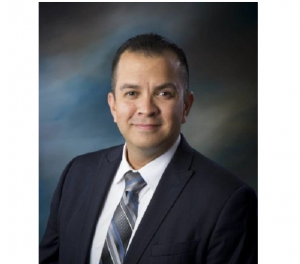 The Imperial County District Attorney’s Office filed charges against County-Auditor Josue Mercado months after being censored by the Board of Supervisors.

After months of investigation, the D.A. office announced on March 17 that they have formally charged the County-Auditor on two counts. Mercado will be arraigned on April 16, at 2 p.m. at the Brawley Superior Courthouse -West Department.

According to the District Attorney’s Office, Mercado allegedly committed a felony, “Public Officer Crime” in violation of Section 424(a) of the Penal Code. The maximum sentence for this crime is four years in state prison.

On or about October 29, 2020, Mercado allegedly commited a misdemeanor, “Disobeying a Court Order” in violation of Section 166(a)(4) of the Penal Code. The maximum sentence for this crime is one year in county jail.

The Imperial County Board of Supervisors voted to censure County Auditor-Controller Josue Mercado for allegedly neglecting to fulfill the duties of his office last December.

By a unanimous vote, the Board of Supervisors voted to censure Mercado in December after they were informed by a whistleblower about anomalies at the department. Mercando reporterly did not respond to emails from the County CEO to address this issue.

The resolution against Mercado accused him of not submitting important financial information to the state of California that affected the rating standing of Imperial County.

County Administration received complaints alleging that Auditor-Controller, Josue G. Mercado failed to respond to inquiries and request for information from Standards and Poor Global Ratings concerning the County fiscal policies and procedures, resulting in a pending lowering rating of the County-issued certificates of participation, series from “A” to “BBB+”, and failed to submit the County’s 2020-2021 adopted budget with the State Controller’s Office by the December 1st deadline.