Difficult times for the DREAMers

By: Victor Hermosillo, Senator in Mexico

The United States is the nation in the world that most promotes the values ​​of innovation and entrepreneurship, the country where people who are persistent and passionate are rewarded; it is likely that there is no other region in the world where dreams materialize into life opportunities like the American union, this until the arrival of Donald Trump to the power.

The latest trial of destruction of American values ​​by the New Yorker has been the cruel decision to end DACA, as the future of nearly 800 thousand undocumented young people who came as children accompanying their parents’ dream of succeeding. Now the opportunity that Barack Obama has given these young people to work and study without running the risk of being deported for lacking documentation that proves their legal stay.

Of the almost 800,000 enrolled in DACA, 622,000 are of Mexican origin and that is why we are so interested in what happens to them. I have no doubt that Dreamers must be the most enterprising and innovative generation we have seen in a long time; they’re not only the best of Mexican origin, they may be part of the best young people in the world, because they have had to overcome barriers that many others could not cope with, and yet they have gone ahead in an amazing way, working and participating in their community. 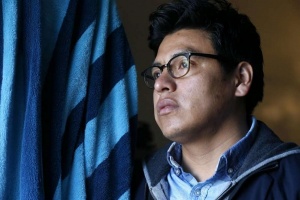 Dreamers have become the undeniable future of our region because they are not Mexican, here are their roots but their life and future is in the United States; however, they’re not Americans, as they have the advantage of having the best of both cultures: the Dreamers are Americans.

The impact of these young people is impressive, only 72% are employees of the 25 best companies of Fortune 500 and their talent is endorsed by more than 500 universities that protested against ending DACA, among them Harvard, Columbia and New York, even making available legal advice to the students to avoid being deported.

Currently 46% study and 83% of them work, according to the Center for American Progress. That is why the decision of Trump seems a shot in the foot of the economy of the United States because with its eventual deportation, the economic losses would amount to more than 400 billion dollars in the next decade.

I am happy to see how the vast majority of Americans support them, from churches, businessmen, governors, artists and even some Republicans are in favor of legislating to avoid depending on the political will of a single person and instead, they’re recognized for their great contribution to the United States legalizing their stay, particularly in the states with more Dreamers like: California with 242,339, Texas with 140,688, New York with 49,710, Illinois with 45,663, and Florida with 39,843.

Until now the current DACA beneficiaries continue to enjoy protection; however, this has an expiration date. Since September 5, no more requests to enter have been accepted, this means that those who already have a permit cannot be processed until it expires in March of next year, while for those whose leave ends in the next 6 months, still have the opportunity to request their renewal before October 5 to be qualified for two more years.

Now the Dreamers’ only chance lies on a Congress that for decades has evaded the responsibility of making a comprehensive immigration reform, yet Trump’s cruelty has awakened the commitment of the leaders of both parties. House Democratic leader Nancy Pelosi said “DACA’s repeal is a powerful blow to young and bright Dreamers, and all those who value the American Dream,” Republican House Speaker Paul Ryan, expressed his intention to find agreements to legalize them permanently, “these are boys who don’t know any other country, they’re here because their parents brought them but they don’t know another home.”

In Mexico we have not articulated an intelligent strategy to influence the United States since the negotiation of NAFTA in 1991 and now with Trump our deficiencies in foreign policy are more evident, moreover if this happens in the middle of the renegotiation of the trade agreement.

When Jeff Sessions announced it, it was considered holding our Ambassador accountable, it was thought to get up from the renegotiation table, even limiting cooperation in intelligence, opening the southern border and many more crazy things.

The reality is that only three things are in our hands: to express ourselves energetically for this decision; to reestablish lobbying in the United States to put pressure and / or cooperate with all concerning achievement of immigration reform; and guarantee the best possible opportunities in Mexico should they need to return.

We know that returning to our country does not seem to be an option for the Dreamers and we understand them, because perhaps no nation in the world can offer them the life and future that the American Union provides, even in the hostile atmosphere that Trump causes.

Know that you are a reference for Mexican society, a source of admiration for your talent and courage; we will not allow you to return because we want to see you succeed, but you will be welcomed with respect if we get to see you here.