Democrats Join in Support for Joe Biden and Kamala Harris 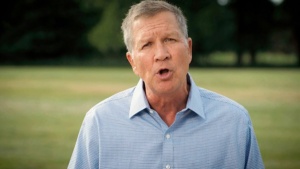 The Democratic National Convention is taking place online and it will be where Joe Biden and Kamala Harris will be officially confirmed as presidential candidates.

Originally scheduled to be held July 13–16, 2020, at the Fiserv Forum in Milwaukee, due to the ongoing coronavirus pandemic in the United States, the convention was postponed to August 17–20, 2020, and was ultimately downsized, with its location shifted to the city’s Wisconsin Center.

Due to the COVID-19 pandemic, the format is substantially different from previous conventions, with the duration of each day of the convention being significantly shorter than in past conventions, and with most of the convention being held remotely from many venues across the country. While being a largely virtual convention, it is officially centered at the Wisconsin Center, which is where its production is headquartered, where its roll call will be directed from, and where a limited number of speeches.

The highlight of the night was Michelle Obama who said that they need a true leader in the White House and not someone with questionable character.

“As I’ve said before, being president doesn’t change who you are; it reveals who you are. Well, a presidential election can reveal who we are, too. And four years ago, too many people chose to believe that their votes didn’t matter. Maybe they were fed up. Maybe they thought the outcome wouldn’t be close. Maybe the barriers felt too steep. Whatever the reason, in the end, those choices sent someone to the Oval Office who lost the national popular vote by nearly 3,000,000 votes,” Obama said.

Former Ohio Governor John Kasich endorsed Biden for president even when it goes against his Republican roots.

“I’m a lifelong Republican, but that attachment holds second place to my responsibility to my country. That’s why I’ve chosen to appear at this convention. In normal times, something like this would probably never happen, but these are not normal times. I’m proud of my Republican heritage. It’s the party of Lincoln who reflected its founding principles of unity and a higher purpose. But what I have witnessed these past four years belies those principles. Many of us can’t imagine four more years going down this path, and that’s why I’m asking you to join me in choosing a better way forward.”