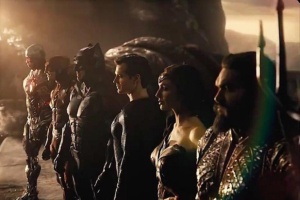 DC fans around the world got a good treat today by getting new announcements about upcoming movies and series.

From the new series, TV shows, and upcoming movies, DC showed that their multiverse is strong with ambitious stories that will be coming in soon. DC Fandom was a virtual convention held online.

The most anticipated panel during DC Fandom was the Zack Snyder panel where he revealed the first trailer of the new movie.

Snyder said the film will be released on HBO Max in 2021 in four, one-hour segments, as well as having an option to watch it as an unbroken four-hour movie. He also said there’s work on a “distribution plan” to release the movie outside of the streaming service.

The full teaser is something of a triumph for “Justice League” fans, who all but willed the Snyder Cut into existence. Due to a family tragedy, Snyder stepped away from the production in May 2017, and filmmaker Joss Whedon took over directing duties for extensive additional photography. Fans felt the ultimate theatrical version released in November 2017 compromised Snyder’s original vision and spent years in a grassroots campaign to #ReleaseTheSnyderCut.

They also revealed a new trailer for the upcoming Wonder Woman 1984 movie. Director Matt Reeves unveiled “The Batman” movie trailer starring Robert Pattinson. We see in one scene that Pattinson’s Dark Knight will bring a violent, unrelenting fighting style. Trying to figure out his role in battling the evil of Gotham, he’s unsure how he fits into helping Gotham PD.

We also had the first look at Black Adam with Dwayne Johnson. Sadly, there was no news on Superman or the future of Henry Cavil in that role.