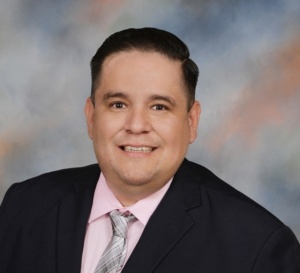 It was confirmed that Romero submitted his letter of resignation to City Manager David Dale early Monday. The resignation comes three weeks after he was changed by a federal court for allegedly accepting cash bribes in exchange for promises of official action by the city.

In addition to being a Councilman, Romero served as Calexico’s Mayor Pro Tem, meaning he was set to become Mayor in July 2020. In a press release sent by the city of Calexico confirming his resignation, Romero stated in his letter “upon everything that has unfolded I the last two weeks, I strongly believe this is the wisest and most effective decision for the benefit of our city and its citizens.”

The charges allege that during December 19, 2019 meeting at a restaurant in Calexico with the undercover FBI agent, Romero and Soto agreed to fast-track the agent’s purported application for a cannabis dispensary permit and guaranteed its rapid issuance in exchange for a $35,000 bribe. The defendants also offered to delay permit applications by competitors, court records said.

The charging document further alleges that toward the conclusion of the December 19, 2019 meeting, when the undercover agent asked if Romero and Bruno Suarez (Romero’s economic development commissionaire) might later ask for more than the $35,000 payment, Romero assured him that they would not. “This is done. Set and sealed,” Romero allegedly said.

Romero explained that he and Soto would require the money to be paid upfront, however, because they had done similar work for other people, and those people had not paid the agreed-upon fee after the favors had been rendered.  Soto later added, “This isn’t our first rodeo.” Romero and Soto agreed to accept payment of the $35,000 from the agent in two installments, however: half up front, and a half “when it’s a for sure thing.”

According to the charging documents, the defendants accepted the second installment, $17,500 in cash, during a third meeting on January 30 in a parking lot outside a restaurant in El Centro.  Court documents further allege both men also admitted to creating a shell corporation to launder the proceeds of their bribery scheme.

The charging document also alleges that both men lied to the FBI when interviewed by agents at the conclusion of the January 30 meeting.  According to court filings, Romero falsely denied being part of any agreement with the undercover agent and denied that anyone had made any “guarantees” to the agent.  Similarly, Soto falsely denied making any “guarantees” to the undercover agent and denied receiving any prior payments from the agent.