Customs will increase collection and combat of technical and ‘rough’ smuggling of merchandise: Horacio Duarte Olivares 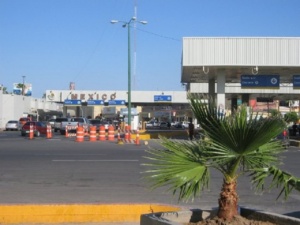 To guarantee the collection that is generated in the 49 customs offices of the country, the General Administrator of Customs, Horacio Duarte Olivares, announced that he will implement a strategy to combat technical and ‘rough’ merchandise smuggling:

“We are going to maintain and increase the collection at customs, remembering that customs means an income of around 900 billion pesos a year for the country. An important part of VAT is collected precisely through the customs system,” he reported.

He also explained that, after his arrival at Customs, intelligence work showed that there is a smuggling scheme on the northern border that affects public finances:

“We are going to combat smuggling, be it technical smuggling, which is the mechanism when goods enter, enter undervalued and when report a lower value; and rough smuggling, which is the plain and simple entry of goods that do not pay a single tax, and enter the black market. Above all, we detected this a lot at customs in the north of the country, as an example, in Nuevo Laredo.”

“In the case of fuels, we have a very critical point in Matamoros and Reynosa, where we have detected the entry of fuel from the United States that enters practically without any coordination mechanism,” he explained.

Likewise, he reported on the investigation processes and the removal of administrators that have been pointed out for possible crimes:

“We have investigated in coordination with the Financial Intelligence Unit, six at this time. We have removed three from the position, one has resigned recently and prior to my arrival I had resigned one a month earlier and two more had been removed. Those are the numbers. In five customs offices we have appointed managers because others were removed and we are in the customs administration process,” he said.

Likewise, Horacio Duarte pointed out that the personnel of the Secretary of National Defense and the Secretary of the Navy who join the tasks of surveillance and administration inland and maritime customs, will be trained in customs procedures by Customs personnel:

“We are going to establish the mechanism so that the country’s customs administrations are occupied by personnel coming from the Secretary of National Defense or the Secretary of the Navy. The legal mechanism is that they have to go to the civil side, “he said.

Finally, he reiterated that with these actions the institutional ABC is strengthened: increase tax collection, lower tax evasion and avoidance, and combat corruption.