The economic slowdown and business uncertainty impact the creation of jobs.

The Mexican Social Security Institute (IMSS) reported that during May 2019 3,983 formal jobs were created, a fall of 88.2 percent, compared to the same month in 2018.

The creation of jobs during the fifth month of 2019 was 3 thousand 983, a result of the decrease of 36 thousand 861 temporary jobs accompanied by the creation of 40 thousand 664 permanent jobs, explained behavior, mainly due to cyclical effects of the economy.

“The economic slowdown and business uncertainty impact the creation of jobs in 2019. The lack of well-paid formal jobs in Mexico is one of the most important economic issues during 2019,” said Dr. Alejandro Díaz Bautista, an economist and national researcher at the Conacyt as well as research professor at the Northern Border College (El Colef).

It is called formal employment that which is formalized through the conclusion of a work contract between the worker and the employer and meets law requirements.

On the other hand, informal employment is established in sectors of the economy where sufficient tax or labor controls are not exercised and includes labor activity of independent workers, such as street vendors who lack a license. 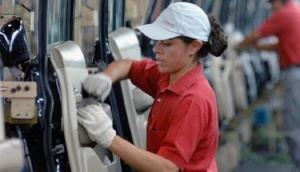 This type of work, in most cases, is poorly paid and poor working conditions are often offered in the job. In addition, since it does not have the necessary legal protection for labor relations, it leaves the workers without compensation in case of undue dismissal, without the right to unemployment benefits and without the right to retirement pension. The International Labor Organization (ILO) highlights the need to favor the transition of workers to a formal economy with the aim of promoting the creation, preservation, and sustainability of companies, and to prevent precariousness of jobs.

There is a need to fight against labor informality because for hundreds of thousands of workers, it implies a lack of social protection, rights at work and decent conditions, and for companies, it means low productivity and lack of access to credit.

According to official records, in the first four months of this year, 303,455 jobs were generated, 38 percent less than in the same period of the previous year, the lowest figure since 2013, as a result of a lower dynamism in economic activity.

The Bank of Mexico recently revised its expectations of formal employment generation for this year, at a range of between 530 and 630 thousand, an average of 580 thousand, less than the 660 thousand reported in 2018.