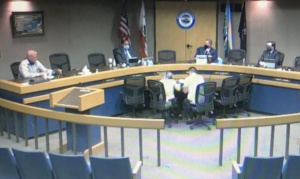 The Imperial County Board of Supervisors agreed to continue with the business lending program to continue helping local businesses during these trying times.

On May 12, 2020, the Imperial County Board of Supervisors approved the Imperial County Business Stabilization Lending Program. The program established $500,000 to help local businesses with the impacts of COVID-19 by providing low interest and forgivable loans. As of Friday, May 29th, 86 applications were received. An Ad-Hoc Committee reviewed and recommended to proceed to the next step of fifty applications totaling $485,000. Should an applicant fall through in the second step, the County would continue to review submitted applications as of May 30th, until funds are exhausted.

In the previous meeting, a request to further discuss at the next board meeting the possibility of continuing and expanding the program. The county has received seven applications that have not been reviewed. County CEO Tony Rohoutas said that he was not an action item but they will bring it back at a later meeting for formal approval. Rohoutas said they received a letter from a county employee that owns a business but can’t apply since he is a county employee. Rohoutas said they will look into it and come back with a recommendation.

COVID-19 has really impacted the unemployment numbers in Imperial Valley seeing a substantial increase since March.

In other news, eleven people spoke to the Imperial County Board of Supervisors on Tuesday, June 16, during the public comments portions opposing the letter the board sent to Governor Newsom asking for local control to allow counties to reopen businesses in a safe manner that fits the circumstances of the county. The speakers all agreed that the high percentage of COVID-19 cases does not justify the call to open the economy at this moment and asked the board to rescind the request. Most of the speakers were people that have signed an online petition asking the governor to reject the request form Imperial County.