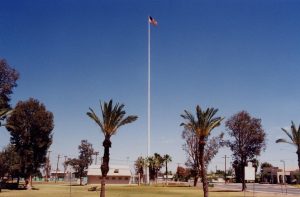 The Imperial County Board of Supervisors will send a letter of protest opposing a water rate increase by the Golden State Water Company that will affect north county residents.

The Golden State Water Company is the agency that provides water to the communities of Calipatria and Niland. On July 15, the water company filed a “General Rate Increase” application with the Public Utilities Commission. Golden State Water stated intent in this application is to increase their service rates and align revenues to give them the ability to provide reliable water service and make critical infrastructure improvements over the next three years. The three year period being evaluated for this application is 2022 through 2024, with a projected rate increase of 23.6 percent over three years. The increases would go into effect on January 1, 2022. County Supervisor Ryan Kelley said there was an increase in 2016 which the community opposed.

“This is unacceptable. This is a for-profit company that posted $350 million in net revenue last year. Aside from our meeting with all the state representatives, I would encourage the public to send letters of protest as well,” Kelley said.

Calipatria and Niland already face difficulties and reside well below the median incomes of the County. However, these same communities are being compared and included with communities elsewhere that can afford such adjustment.

“The communities of Calipatria and Niland would be burdened to address additional expenses and this could have crippling effects on potential new industry and housing developments,” County CEO Tony Rohoutas said.

Calipatria and Niland are already paying much higher water rates than other local municipalities within the County and minimal upgrades have occurred to the current system, which restricts future expansion and cost-sharing opportunities.

The County will request meetings with Golden State Water Company officials and make it known that the county will not support such increases.

“Such increases would be detrimental to these communities and surrounding areas. The County of Imperial will be in opposition and file a letter of protest on behalf of the properties owned by the county, but more importantly on behalf of the citizens represented by the board,” Rohoutas stated.