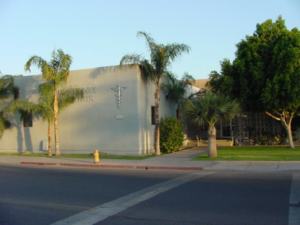 The Imperial County Health Department gave an update about the current situation of COVID-19 locally.

There are currently two testing sites managed by Optumserve, one in Imperial and another one in Calexico. There has been a surge in the number of positive cases since last week bringing the positive rate to 28.41 percent in the last 7 days. The reason for this surge is due to the increase in testing in the Imperial Valley.

The Imperial Valley currently has capacity for 680 tests a day.

Paula Kriner, Epidemiology Manager at the Imperial County Health Department said that another reason for the surge is that there was a delay from commercial labs in sending the results.

“All that came into play into the surge that we saw last week,” Kriner said.

There is also a concern by some residents that say it takes a week to schedule an appointment to get tested at Optumserve. The reason given for this was the high demand to get an appointment and there are people that don’t show up. Last week 44 people in Calexico did not show up for their appointment.

“If you can’t make your appointment you should cancel so we can give that spot for someone else,” said Jeff Lamoure from the County Health Department.

The test results from Optum Serve takes about 48 hours.

“That’s why we need people to get tested so we can have more information and have wider surveillance of who had symptoms and who didn’t,” Dr. Stephen Munday said.