County Board of Supervisors Addresses Residency Requirements for County Employees 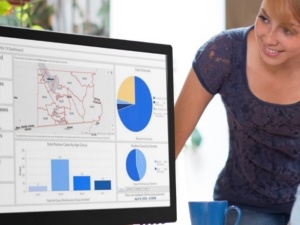 The Imperial County Board of Supervisors repealed a county code that required county employees should reside in the United States by a vote of 4-1 with Supervisor Ryan Kelley voting against it.

Over the past few weeks, members of the public have raised concerns that the County of Imperial is allegedly not enforcing a code that says that every officer or employee should be a resident of the United States.

The Board asked for this county code to be eliminated during the July 28 meeting through a resolution.

This direction was given in part due to concerns that strict enforcement of this code could be contrary to State and Federal anti-discrimination laws.

Imperial Valley resident and retired county employee Claudia Camarena questioned the board for trying to repeal this ordinance saying that many employees that work for the county live in Mexicali. She accused the Human Resources Department for hiring residents from Mexico instead of people living in Imperial County.

“Why should we compete against 1 million plus residents from Mexicali when we have qualified people living here who would spend their money in the local economy,” Camarena questioned the board.  Camarena ran against Supervisor Luis Plancarte for the District 2 seat in the March primary.

“The money that is taken away from the valley affects the general fund and it affects when taxes are not being paid into our economy. Jobs should go to valley people and not giving it to people that live in other countries further putting our residents in despair,” Camarena said.

Supervisor Ray Castillo agreed that this code should be repealed saying there are employees that live in other areas that come and work here.

“It’s not just people coming from Mexicali but we also have employees from Yuma, San Diego and Riverside that work here and vice versa, we have valley people commuting every day to work to other counties. So I agree that we should repeal this ordinance,” Supervisor Castillo said.

County Counsel will research options to implement reasonable and specific distance requirements and other residency requirements that are consistent with State and federal law. Research on this issue is ongoing and will be brought back to the Board of Supervisors at a future date.

Camarena reacted on her Facebook page about this decision thanking Supervisor Ryan Kelley for being the lone vote and said that she will begin recall efforts against Supervisors Castillo and Michael Kelley for bringing up the motion.

“These board members do not care about Imperial County residents having a decent living condition. Get rid of the Bidens!” Camarena wrote on her Facebook page.