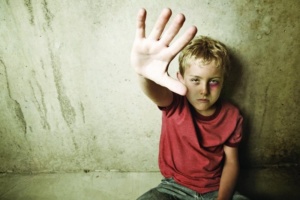 Half of the world’s children, or approximately 1 billion children each year are affected by physical, sexual or psychological violence, suffering injuries, disabilities, and death, because countries have failed to follow established strategies to protect them.

This is according to a new report published today by the World Health Organization (WHO), UNICEF, UNESCO, the Special Representative of the United Nations Secretary-General on Violence against Children and the End Violence Partnership.

“There is never any excuse for violence against children,” said Dr. Tedros Adhanom Ghebreyesus, WHO Director-General. “We have evidence-based tools to prevent it, which we urge all countries to implement. Protecting the health and well-being of children is central to protecting our collective health and well-being, now and for the future.”

The report – Global Status Report on Preventing Violence Against Children 2020 – is the first of its kind, charting progress in 155 countries against the “INSPIRE” framework, a set of seven strategies for preventing and responding to violence against children. The report signals a clear need in all countries to scale up efforts to implement them. While nearly all countries (88%) have key laws in place to protect children against violence, less than half of countries (47%) said these were being strongly enforced.

The report includes the first-ever global homicide estimates specifically for children under 18 years of age-previous estimates were based on data that included 18 to 19-year olds. It finds that, in 2017, around 40,000 children were victims of homicide.

“Violence against children has always been pervasive, and now things could be getting much worse,” said UNICEF Executive Director Henrietta Fore. “Lockdowns, school closures, and movement restrictions have left far too many children stuck with their abusers, without the safe space that school would normally offer. It is urgent to scale up efforts to protect children during these times and beyond, including by designating social service workers as essential and strengthening child helplines.”