Breaking News
Home / Opinion / CORRUPTION IS PART OF OUR OWN NATURE 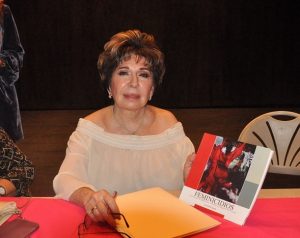 When I was studying for the Master’s Degree in Criminology at CETYS University I received one of the strongest impacts of my life, this occurred when Professor Hector Cuello Sepulveda in the subject INTERNATIONAL CRIMINAL POLICY stated that Corruption is part of our very nature. Another of his affirmations was that it is difficult to fight corruption because we have not yet hit rock bottom, and our rebellion immediately arises, but how far will we have to go? How many injustices will continue to be committed by the abuse of power? How many human beings will be stripped of what belongs to them to satisfy the ambition of the corrupt? How long will we get rid of this corruption that became impunity? How to end the impunity that allowed the growth of the mafias that have poisoned and debased our youth and children? How many more lives will be lost in these bloodbaths caused by the excessive ambition of those who kidnap, rob, assault, and traffic with humans? How to stop the use, but especially the abuse of legal and illegal drugs that destroy lives and families? And, here on the border, how many more lives will be lost due to the irresponsibility of the smugglers who, in order to earn dollars, permanently expose the lives of those who aspire to earn a living in the neighboring country to the north?

In the historical background, we could move to that expression of Socrates, collected by Plato in The Republic (book N), regarding the causes of corruption, and innate vileness.

It is evident that corruption has accompanied humanity since time immemorial.

Making a journey through history in 321-196 Kautuya in his work Anthasastra documented corruption pointing out that there were politicians with fickle minds. Cicero in Las Veninas makes a masterful accusation of the corrupt actions carried out by Galló Varrez, governor of Cicilia. Luciano compared the corrupt with the parasite, while Plato made a simile of the corrupt with the weevil, the one that consumes without devouring.

Niccolò Machiavelli said that men are so simple and submit to the present needs to such an extent that the one who deceives will always find someone who allows himself to be deceived. Constante said that political power and its surroundings have often been a bad breeding ground for public and private ethics.

Voltaire in the eighteenth century tells us in his writings about the outrageous phenomenon of corruption in the dialogues between his character Candido and a perverse Parisian scribe.

Octavio Paz, our illustrious Nobel Prize Winner for Literature (1990), also referred to corruption and asserts “we don’t know where evil begins, whether in words or in things, but when words are corrupted, meanings become uncertain.

Aristotle is the first to use the word corruption, he invokes it to refer to the degeneration reached by the forms of monarchical, aristocratic, and democratic government. Its corrupt forms are: Tyranny, Oligarchy, and Demagoguery.

Cicero, very much in tune with what was lived in Rome, uses it both to describe bribery and the relaxation of customs. Aristotle showed his concern for political structures, Cicero for the legal and moral perspective. 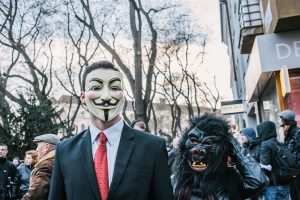 All types of government are susceptible to political corruption. Forms of political corruption vary, but the most common are insider trading, influence peddling, bribery, patronage, extortion, influence, nepotism, and impunity. Corruption facilitates other types of criminal acts such as drug trafficking, illegal prostitution, and money laundering.

Political corruption is a global reality; its level of tolerance or combat shows the political maturity of each country.

Corruption is not only the responsibility of the official sector, the state, and the government in turn but unfortunately, it includes the private sector, which unfortunately also engages in acts of corruption in search of privileges and concessions.