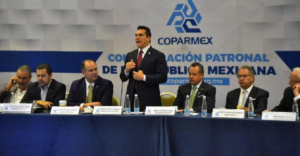 At a press videoconference, the president of Coparmex Mexicali, Ernesto Elorduy, in correspondence with the proposal presented by the national president of the Employers’ Confederation of the Mexican Republic (Coparmex), Gustavo de Hoyos Walter, explained the media the proposal of “solidarity salary”, as an economic measure to face the crisis caused by the Coronavirus (Covid-19).

The plan is to establish a salary with divided responsibility where the federal government in Mexico and companies actively participate, as well as the worker himself. In such a way that in the case of employees who have a salary of less than 3 minimum wages, they will benefit from 100% of their payment, 50% is covered by the federal government, and the remaining 50% by the company.

Employees with salaries greater than three minimum wages will be covered with 70% while the state of emergency remains, according to the activity they carry out in their respective company, with non-essential functions, as established by the federal government. It should be noted that the federal labor law establishes a right to the worker to receive at least 50%, in the event of a healthy contingency.

Coparmex will seek, together with the other business chambers, to maintain a posture of solidarity with workers, in order to keep their sources of employment, as well as to avoid mass layoffs, and together convince the federation about the necessary and urgent support needed to be able to solve the effects caused by this crisis, given the fact that the economy has been partially paralyzed.