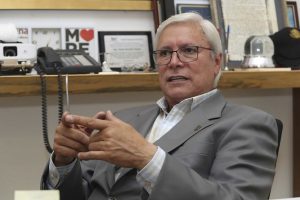 Baja California Governor Jaime Bonilla Valadez, violates municipal autonomy and the Constitution of Baja California, by attempting to seize the power that corresponds to the cities and directly designate the people who will replace the mayors and council members who request a license to separate from office with the purpose of participating in the next electoral process.

The Baja California Federation of the Employers’ Confederation of the Mexican Republic (Coparmex), expresses its resounding rejection of this initiative for a decree sent by AN AUTHORITARY EXECUTIVE POWER approved by Congress, as a routine item without consulting the sector involved to reform article 42 of the Municipal Regime Law.

We regret that Baja California legislators voted in favor regardless of the responsibility that Baja Californians granted them through their vote, to act as an independent, autonomous power of respect for the law, close to the people and alien to political interests and partisans.

For the Baja California Federation of Coparmex, it is seen, once again, with deep concern, actions that expose an Executive Power trying to interfere in functions that correspond to other government instances and privileging matters for electoral purposes, in a scenario of urgent needs in terms of health, economy, security, and legality among many others.

Faced with this new shameful episode of politics in our entity, the business community that makes up Coparmex, together with the allies of society in the State, use the available legal resources and citizens’ rights to carry out frontal actions against this interference with autonomy in municipalities.