Coparmex points out illegality and unconstitutionality 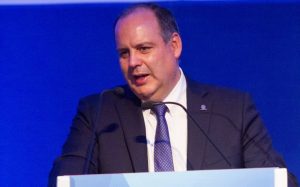 Mexicali, B.C.- In recent days a decree was published in the Official Gazette of the Federation (DOF) that explains the cut to the bonus for federal workers. Due to this, Coparmex released a statement in which this action is classified as a serious violation of human rights.

This presidential decree specifies the reduction of the amount from 40 to 20 days of bonus for federal public servants, however, Coparmex classified the fact as discrimination which has only been decreed for bureaucrats and not for military or unionized personnel.

In this sense, the Employers’ Confederation of the Mexican Republic (COPARMEX) pointed out that the money that the Federal Government is requiring should be taken from the fund destined for projects such as the Mayan Train or the Dos Bocas refinery.

Accordingly, a call was made to the Mexican president to rectify the action, as well as to indicate his rejection of the measure that they described as illegal and unconstitutional.