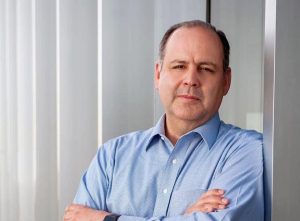 The Employers’ Confederation of the Mexican Republic (Coparmex) in Mexicali extended congratulations for the election of the new board of directors that will represent the sector at the national level for the period 2021-2022, who will have the mission of generating More and Better Companies for Mexico, said the local leader of the Employers’ Union, Ernesto Elorduy Blackaller.

In the Ordinary Assembly of the business organization, José Medina-Mora Icaza was unanimously elected as President, replacing the businessman Gustavo de Hoyos Walther, who was in charge for a consecutive period of five years.

Elorduy Blackaller recognized that difficult times are ahead for organized entrepreneurship, therefore, the importance of having human leadership, of a person who has a business career, with recognition for representing the strength and importance of the private initiative in the growing economy of the country.

Coparmex Mexicali, he continued, gives the vote of confidence and will enthusiastically support citizen initiatives that are promoted from the national headquarters, under the philosophy of citizen participation and in the search for better living conditions for citizens.

Gustavo de Hoyos, he said, is recognized and appreciated for the time and effort that he dedicated to confronting the differences that occurred in the political sphere, with which he demonstrated the consistency of fighting for the right thing and questioning the decisions that are made that affect the general population.