Constellation Brands to Dismantle Their Brewery Plant in Mexicali 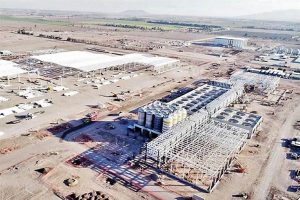 In what was promised to be a catalyst for job creation and economic development for Mexicali, Constellation Brands will be dismantling their plant, ending a long and hard battle for the company that struggled with a large opposition.

Constellation Brands has a period of two years to dismantle in an orderly manner its plant located in Mexicali, Baja California, reported the Ministry of Environment and Natural Resources.

The agency said that federal, state, and municipal authorities met with representatives of the company, in order to set a timeframe.

On March 8, the public will be informed of the dismantling process, where the special commission will give timely information and follow-up.  On March 18, the company will begin with the first phase of orderly exit.

Accurate and transparent information will be provided on the activities on a monthly basis, which will be reviewed by the special commission.

A special commission will provide monthly monitoring during the two years of the program to carry out the orderly exit of Constellation Brands.

Opponents of the project have said the plant poses a threat to the local water supply.

Constellation brews several brands of Mexican beer, including Corona and Pacifico, exclusively for the U.S. market, making the border location attractive from a transport perspective.