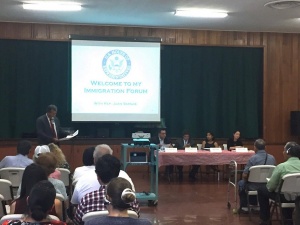 The elimination of the Deferred Action of Childhood Arrivals (DACA) has created a great concern among its recipients. Congressman Juan Vargas hosted a DACA forum at the First United Methodist Church in El Centro, California.

Congressman Vargas was one of the first to criticize the Trump Administration for ending DACA since it would affect thousands of Dreamers that have followed the law and have contributed to society during their stay in the United States.

“Before DACA, young people brought to this country as children were forced to live in the shadows with the fear of being separated from their families and deported from the country they call home. DACA gave these DREAMers an opportunity to step forward with hope, go through a background check process, and have the ability to work legally, get an education, serve the country they love, and make many positive contributions to their communities.”

Also present at this forum was Assemblyman Eduardo Garcia, Catholic Charities, Mexican Consulate, and American Civil Liberties Union. The forum allowed the public to ask questions to the panelists regarding immigration issues and the future of DACA.

Assemblyman Eduardo Garcia spoke about the approval of Senate Bill 54, the California Values Act authored by Senate pro tempore Kevin De Leon. The bill, if signed by the governor will make California a sanctuary state.

“The finished product promotes safer neighborhood by striking a balance that recognizes the distinct difference between criminals and hardworking, law-abiding immigrants. All residents, including immigrants should be encouraged to work with law enforcement to help deter and report crime, rather than withhold critical information due to fear of deportation. This measure helps foster a positive rapport between local public safety officials and residents. This is essential to maintaining community trust and building vibrant communities.” 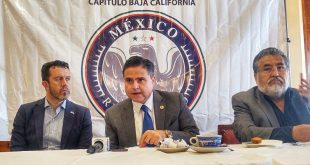