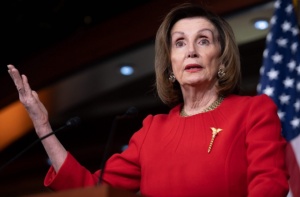 The House of Representatives met in special session Saturday to provide billions of dollars to the U.S. Postal Service instead of working to pass a stimulus bill to help families during this pandemic.

Congress went to recess until September after failing to pass a stimulus package that could help with unemployment benefits to many families. President Donald Trump signed executive orders extending unemployment insurance due to the failure of legislators to get something done. Meanwhile, millions of people that depend on unemployment are left in the limbo.

The House of Representatives voted in support of the Delivering for America Act, which prohibits the Postal Service from implementing any changes to operations or level of service it had in place on January 1, 2020, and provides $25 billion in funding to support the Postal Service: the same level of funding recommended by the USPS Board of Governors, which is composed of 100 percent Trump appointees.

The bill passed by a vote of 257-150, largely along party lines, with Democrats supporting it. More than two dozen Republicans joined Democrats in voting for the measure, defying House GOP leaders and President Donald Trump, who actively urged Republicans to oppose it.

“Sadly, the Administration has already threatened to veto this legislation, which contains the same amount of funding, the $25 billion, that was recommended by the United States Postal Service Board of Governors.  They are bipartisan, they are 100 percent appointed by Donald Trump and they unanimously recommended the $25 billion that is contained in this bill,” Speaker Nancy Pelosi said and continued. “So, for the sake of every senior who is is delayed in getting his or her Social Security check, every veteran who is delayed in getting his or her medication, every working family who is delayed in getting their paycheck and every voter now facing the prospect of choosing between their vote and their health, we need to pass this bill,” Pelosi said.