Commercial War China-USA has a positive effect in Baja California 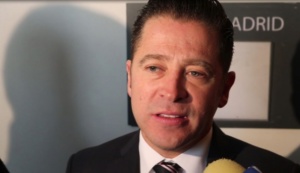 Given the uncertainty caused to economists, the trade war between China and the United States reflected in the application of tariffs, withdrawal of investments, and a series of restrictions imposed, especially with the mobile phone company, Huawei, has various effects on the markets worldwide.

For Baja California, this scenario is having a positive effect on the state’s economy, especially in the industrial sector, which could be further benefited, as the United States requires greater demand for materials and products.

This was pointed out by the President of Canacintra, Eugenio Lagarde Amaya, reaffirming that this rebound in the economy has great expectations, after US President Donald Trump announced the elimination of tariffs on aluminum and steel for Mexico, fundamental materials for high-grade manufacturing processes.

“There was a lot of uncertainty in the between the United States and China markets before this trade war, however, we have so far seen a positive effect for the industry, which undoubtedly represents a great rebound for the state’s economy”.

Likewise, he assured that future new investments are foreseen in the region, due to US companies looking for new places of production outside Asia, for which, he indicated, this phenomenon will have to be followed closely, and be prepared to catch new investors.

“We are all expecting good results, we expect new investments from American companies, which will withdraw capital from Asia, and now we have to be vigilant, follow closely what happens around, and work to attract new investors, in favor of the economic development of our state”, said Eugenio Lagarde.

He reiterated his commitment and responsibility as head of the National Chamber of the Transformation Industry in Mexicali, hoping to continue contributing to the development of the State, in favor of what the Industrial Sector demands, before a stage of expectation regarding the next electoral process in Baja California.