Christmas Sales Saw an Increase in 2020 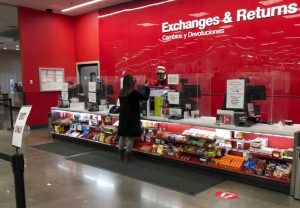 A huge surge in online shopping during the pandemic has been a savior for retailers, but it comes at a price.

Shoppers are expected to return twice as many items as they did during last year’s holiday period, costing companies roughly $1.1 billion, according to Narvar Inc., a software and technology company that manages online returns for hundreds of brands.

Retailers don’t want the returns, but they do want shoppers who may not feel safe going to stores to be comfortable buying things they haven’t seen or tried on in person. People have been doing so much online buying since March that carriers like UPS and FedEx were already at full capacity before the holiday shopping season.

Online sales just keep soaring. From Nov. 1 through Tuesday, they spiked 32% to $171.6 billion, compared with the year-ago period, according to Adobe Analytics. The massive challenges of shipping COVID-19 vaccines in the weeks and months ahead could put further pressure on the system.

In 2020, Christmas retail sales were forecast to grow to about 755.3 billion U.S. dollars. The amount of money that U.S. consumers plan to spend on gifts has fluctuated year to year.

A survey revealed that 41 percent of Millennial U.S. holiday shoppers planned on researching online before visiting a store in 2017. Black Friday is also the day most Millennials plan to begin their holiday shopping; roughly 50 percent according to a Statista survey.

For millions of people, Black Friday is the time to do some serious Christmas shopping. It is the Friday after Thanksgiving, and it is one of the major shopping days of the year in the United States -falling anywhere between November 23 and 29. While it is not recognized as an official U.S. holiday, many employees have the day off -except those working in retail. Ever since the start of the modern Macy’s Thanksgiving Day Parade in 1924, the Friday after Thanksgiving has been known as the unofficial start to a bustling holiday shopping season.

This year, Mastercard measured spending over an extended holiday period, from Oct. 11 through Dec. 24, because many retailers started the sales season early to disperse crowds. Within the traditional holiday period from the start of November to Christmas Eve, sales grew 2.4%, according to the report.

Home-related categories, which have been outperforming throughout the pandemic as consumers splurge on their residences, saw the strongest growth. Furniture and furnishings rose 16% and home improvement products gained 14% compared with a year ago. The weakest sectors were apparel and luxury, falling 19% and 21%, respectively.