Christmas dinner 2022 is the most expensive in 20 years

Inflation remains in Mexico and the United States at the end of 2022.

Inflation in the United States and Mexico will be maintained for 1 year and up to two more years. By the end of the year, we could see a slowdown in consumption compared to past years, and the inflation factor will be decisive on the border between Mexico and the United States.

All traditional dishes, from baked turkey, pork leg or loin, cuts of meat, and even pasta, have ingredients in their recipes whose price has jumped to double digits in 2022.

The general rise in prices is linked to multiple factors such as imbalances in supply and demand, cuts in supply chains due to the war in Europe, and the viruses that have infected different species of birds in North America.

This rise in prices will be decisive in the food decisions that households make to celebrate Christmas in 2002 and the New Year in 2023. Bread, some vegetables, dairy products, and meat are some of the products that have become more expensive in 2022, according to figures from the National Consumer Price Index (INPC). 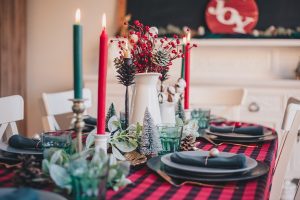 This Christmas will be the most expensive in 20 years, as inflation remains at high levels. Gifts are up, from toys to electronics, so the number of gifts in Mexican homes could decrease, the same happened with seasonal decorations and meals.

For Christmas 2022, Mexicans will spend less due to a lack of money, according to surveys and polls. For this closing of the year 2022, fewer Mexicans will go on vacation, while a good part of them say that they will better hold meetings with friends, colleagues, or family.

The US government estimates that food prices will rise between 9.5% and 10.5% this year. We observe that inflation in the United States and Mexico will be maintained for 1 year and up to two more years. Dr. Alejandro Díaz-Bautista, international economist and research professor at El Colegio de la Frontera Norte (El Colef).