CHILDREN WHO TRANSPORT DRUGS ACROSS THE BORDER: PERPETRATOR OR PREY?

A young girl, age 15, is crossing the border from Mexicali to Calexico, just as she does every day during the week to attend school. She is joined by many of her friends, as it has become common to see high school kids walking across the border each day, returning home at the end of the school day. One day, she is observed by an agent working at the border. He notices that she is limping and moving a little slower than usual. He asks her to come with him. Based on his training and experience, he suspects that she may be carrying drugs. She begins to cry and admits that she is carrying a large package of methamphetamine. It is taped to her thigh with packaging tape, and hidden beneath her school dress. When asked about it further, she confesses that a man gave her $200 dollars to deliver the package to the other side. It seemed so easy; all she had to do was walk the same 200 feet that she walked every day, and she would get 200 dollars – a dollar a foot! This was more money than she had ever seen before. However, now the police are on the way to take her to juvenile hall. Her parents will be notified immediately.

The next day, she is brought before the judge, appointed an attorney, and explained that she is being charged with a very serious felony – the transportation of drugs. Her attorney acknowledges receipt of the juvenile petition, enters denials to the allegation, and asks that the minor be considered for Deferred Entry of Judgment (DEJ).

DEJ is a program that allows minors who have never committed a prior offense or previously been on probation to be released to their parents, under supervision by a probation officer. If the minor satisfies all the requirements set forth by probation, the case against her will be dismissed by the time she turns 18, or possibly earlier. Adults are not offered this program in the exact same manner, although there are programs of delayed prosecution for adults. Children are treated differently than adults, because the focus of the juvenile justice system is on rehabilitation of the minor, rather than punishment.

This young girl was able to successfully complete her DEJ program and have her case dismissed some 12 months later, but not without a stern talk by the well-respected juvenile judge. He warned her of the danger she faced by agreeing to cross the drugs, not just to herself but to her family. After all, the drugs she was carrying did not make it to their intended recipient, and that person may be looking for her. The danger is so great that the federal prosecutor handling the case offered her family protection, which was accepted. 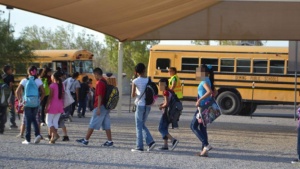 This young girl is only one of many who are preyed upon each day by adults involved in the drug trade along the border. They are lured by the promise of money to buy nice things that they cannot normally afford. Although there are consequences and lessons that must be learned, these children must be informed of the dangers facing them as they enter into the U.S. 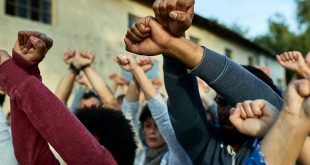 The eminent abolition of the Male Guardianship

By: Terry Ahtziry Cardenas Banda, attorney, law professor, social activist, and philanthropist. In this most …