Modern human rights treaties present several challenges for the U.S. constitutional system. The first challenge concerns substance, human rights treaty provisions are sometimes in tension with either constitutionally guaranteed rights (like the First Amendment) or well settled and democratically popular practices (such as capital punishment for heinous crimes). The second challenge concerns scope, human rights treaties touch on almost every aspect of domestic civil, political, and cultural life. In addition, the language of these treaties is often vague and open-ended. If such treaties had the status of self-executing federal law, they would generate significant litigation and uncertainty regarding the application and validity of numerous domestic laws. The third challenge concerns structure, constitutional principles relating to separation of powers suggest that domestic federal law with respect to human rights should be made through a lawmaking process that involves the House of Representatives. Similarly, constitutional principles relating to federalism suggest that some matters should be regulated by state, rather than federal, officials. 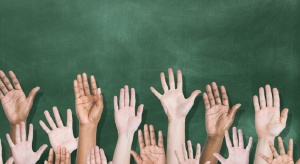 On the other hand, Mexico continues to face serious challenges to the rule of law and respect for human rights. The present government has work, nationally and internationally, on the economic and political reforms that have been their priority since taking office. There appears to be an assumption within the government that human rights do not need to be a priority issue. This has resulted in human rights issues being relegated to mid-ranking administrative functions of the Ministry of Interior (SEGOB) and other institutions with limited authority and capacity to drive through substantial change.

On the other hand, we have the United States that from a legal writing perspective their legislation might be antique since the last amendment that the constitutions had was nearly 45 years ago. However, the American constitution was established on 18th century, since then it had been amendment 27 times. On the contrary, the Mexican constitution was established on the 20th century and has been amendment at least 200 times in the last two centuries. Furthermore, it is important to consider the legal background of both countries. The United States comes from a common law legal system and Mexico comes from a civil law legal system. In the United States, there is no need for further amendments because the power invested on the judiciary is strong and allows them to make the law of the land, on contrary of Mexico, the amendments are highly needed since the course of law and change is invested on the legislative power.

Moreover, Mexico’s struggles with human rights arise in great part in not having uniformity between lower level legislations. The reform of 2011 is a masterpiece that has not been passed on to the state’s legislations. Additionally, the allowance of treaties as part of the main law of the land is a great step forward for human rights in Mexico.

Furthermore, referring to the Unites States seems they have an issue making the difference between civil rights and human rights. The United States has struggle accepting the concept of human rights since this seems like an international concept not a domestic one. Their concerned for their sovereign is always on the map, and they have strong mechanisms of compliance and protection of civil rights. Additionally, the United States is not party of all human rights treaties. It had become part of some of them but not all. This becomes a concerned between acknowledge of human rights and enforcement: which is better? Can one exist without the other?

This article is a revised version of chapters VI, VII and VIII of my thesis: [The Development of Human Rights in Mexico in comparison with the United States as a matter of implementation, enforcement and execution in a legal framework, LLM in Comparative Law, University of San Diego, 2006].