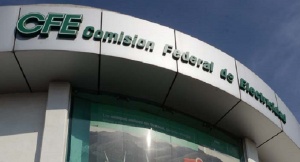 Mexico City.- Derived from the work meeting headed last week by the Governor of the State, Francisco Vega de Lamadrid; the Secretary of Energy, Pedro Joaquín Coldwell and the President Commissioner of the Energy Regulatory Commission, Guillermo Ignacio García Alcocer, to address the issue of the increase in electrical billing for the month of December, in the industrial, commercial and public sectors in the entity, it was agreed to install a permanent technical analysis round table, which was held to review the outline of the assumptions on which the new formula was applied with which the basic supply rates were calculated, in order to avoid disproportionate impacts on the electricity supply costs and continue to promote the competitiveness and development of the State of Baja California.

In last week’s session, progress was made in the analysis and an agreement was reached to carry out a review of users who have received their billings outside the usual range and who are consumers of medium and high voltage in Baja California and part of Sonora that are included in the Baja California division of the CFE.

The CFE will be in communication with said users in the coming days, to inform them of the new calculation that they will have to cover for the provision of electricity service for the month of December 2017.

The Government of the State and the Private Sector are grateful for and recognizes the good dispositions of SENER, CRE and CFE to perform the analysis of the billing procedure in an expeditious manner, and there is confidence that it can be processed without setbacks, to apply the new tariff scheme that the Energy Reform considers and that the results of the new calculation will be satisfactory to the productive sector.