CATHOLIC PRIESTS AND HIERARCHIES TO THE HIGHEST BIDDER

As we have been analyzing, addressing the issue of Democracy is getting into such unfathomable issues because there are no specific criteria in this regard, but we do know that it is possible to fall into dark spaces that are difficult to determine when true lights will come out of them.

If we understand democracy as a system of true freedom to compete in all orders of life so that based on study and analysis, the voters determine who should occupy public and private positions, promotions in public and private life so that it is not the determination of a single person, or a chapel, however prestigious it may be.

However, at all times, what some call defects of Democracy and others more severe traps of Democracy come out; If a President of the Republic legitimately wins Congress at that time, for the opponents there is no longer Democracy because a single man will have all the power in the hands of the Executive and the Legislative, and they say it will prevail over the Judicial. 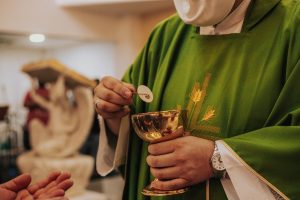 Of course, you have to reason properly and not fall into absurdities. Those who make this out of this logically are the losers, they do not know how to wait for another election period to be able to win because according to them everything is manipulated, and if it were the opposite, then normally the same arguments are occupied.

Faced with all this history that is not science fiction, it is a reality in all nations now a new component is presented that from our point of view is dangerous that can cost the people dearly.

The announcement, while laconic is monstrous, priests, deacons, and hierarchs of the Catholic Church of Spain are resigning or requesting a leave of absence not to directly join positions of public office but what is more serious, at the service of the power to seek a political position.

We believe that we have to defend Democracy with all vigor and respect, but we consider that it should immediately be legislated because this claim is truly absurd, based on negotiations, on unspeakable interests, and taking advantage of the faith, the religious feelings of the voters, there if we consider that it is a complete violation of Democracy.

Journalist and writer; President of the National College of Graduates in Journalism, CONALIPE;  Secretary of Social Development of the Latin American Federation of Journalists, FELAP;  Founding President and honorary life of the Federation of Associations of Mexican Journalists, FAPERMEX, member of the permanent Advisory Council of the Primera Plana Club, Doctor Honoris Causa by the International University and Academic of the National Academy of History and Geography, ANHG.  I will appreciate his comments and criticisms at teodororenteriaa@gmail.com We listen to each other on the frequencies throughout the Republic of Libertas Radio. We invite you to visit: www.felap.info, www.ciap-felap.org, www.fapermex.org, www.clubprimeraplana.org, and the portal www.irradianoticias.com.