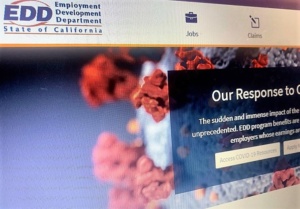 Unemployment benefits for out-of-work Californians since this historic pandemic began now total $59.8 billion to support families and communities struggling during this economic crisis.

Over the same timeframe, the Employment Development Department (EDD) has processed more than 9.7 million claims for benefits between the regular Unemployment Insurance (UI) program, extensions, and separate Pandemic Unemployment Assistance (PUA) program. Just last week, the EDD paid an average of $792 million a day in unemployment benefits. That amount is a 1.033% increase over the $70 million in average daily benefits paid during a similar week at the height of the Great Recession (week ending July 31, 2010).

The extra $600 federal stimulus payment authorized in the CARES Act earlier this year can no longer be paid for any weeks of unemployment from July 26 forward, unless the federal government takes further action. Any weeks of benefits a claimant is eligible for between March 29 and July 25 can still get the extra $600 added, even if those payments are processed later.

With new legislative changes adopted in California, the Federal-State Extended Duration extension provides up to 20 weeks of additional benefits for people who used all of their unemployment benefits during a period of high unemployment.

The legislative changes also allow California to maximize federal support and meet the high unemployment period requirements under federal law to add an additional seven weeks to the Pandemic Unemployment Assistance (PUA) program. That now makes the maximum benefits available on a PUA claim a total of up to 46 weeks.

The 20 weeks of FED-ED benefits can only be paid during the extended benefit period, which is based on the state’s unemployment rate, and only after people have collected all regular Unemployment Insurance benefits as well as any Pandemic Emergency Unemployment Compensation (PEUC) extension benefits they were eligible for.

The earliest a FED-ED claim can begin is May 10, 2020, but the first people who could be eligible collected all benefits on their PEUC claims at the end of June.

The FED-ED program will continue until California’s unemployment rate drops below a certain level. At this time, there is no end date for the extended benefit period.