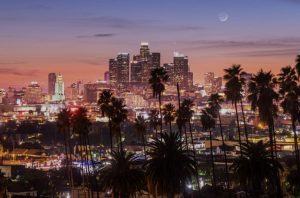 According to Bloomberg, California is poised to overtake Germany as the world’s 4th largest economy, continuing to outperform the nation and other countries in GDP growth, companies’ market value, renewable energy, and more.

“While critics often say California’s best days are behind us, reality proves otherwise – our economic growth and job gains continue to fuel the nation’s economy,” said Governor Newsom. “California’s values and entrepreneurial spirit have powered this ascent to becoming the 4th biggest economy in the world, and we’ll continue doubling down on industries of the future, like renewables and clean energy. I feel tremendous pride in California’s resilience, leadership, and formula for success.”

Here are some of the top takeaways from Bloomberg’s data:

Governor Newsom has implemented a $52 billion financial assistance package to help Californians with rising inflation and costs. The most robust and comprehensive stimulus program in the nation, it provides $26 billion in direct payments, $15 billion in tax relief and grants for businesses, and more.

As noted by Bloomberg, renewable energy has become California’s fastest-growing business. Governor Newsom has doubled down on clean energy and zero-emission vehicles, implementing a $10 billion package to make it more affordable for Californians to buy ZEVs while building out the state’s charging infrastructure. California now has six times more clean energy jobs than fossil fuel jobs, and ZEVs have become one of the state’s top exports.

The economy of the State of California is the largest in the United States, with a $3.4 trillion gross state product (GSP) as of 2021. It is the largest sub-national economy in the world. If California were a sovereign nation (2022), it would rank as the world’s fifth-largest economy, behind Germany and ahead of India.  Additionally, California’s Silicon Valley is home to some of the world’s most valuable technology companies, including Apple, Alphabet, and NVIDIA. In total, over 10% of Fortune 1000 companies were based in California in 2018, the most of any state.

Per capita income was $58,272 in 2017, ranking 6th in the nation, though with wide variation by geographic region and profession. The highest-income counties in California are Marin County and San Francisco County, which both have per capita personal incomes of over $100,000, and are 2 of the top 12 highest-income counties in the United States. Some coastal cities include some of the wealthiest per-capita areas in the U.S., notably in the San Francisco Bay Area and the Greater Los Angeles Area.