Election results should have been certified by every county in California by this time. As the results show, Republicans have been reduced to a minority in which an opposition voice against the Democratic Party’s control of California will be almost non-existent.

It was the decision of the people to favor Gavin Newsom as the new governor and have the State Assembly and State Senate of California be controlled in a supermajority. The Republican Party’s leadership in California has given up on California and is now at its lowest point in years.

Just take a look at how many members of Congress from the Republican Party will represent the state in 2019. Only eight of them.

In the next two years, Democrats will have 29 of the 40 state State Senate seats, two more than the two-thirds supermajority they need to raise taxes, suspend legislative rules and override vetoes without Republican votes. Democrats will have a three-quarters majority in the Assembly winning 60 of the 80 seats available. 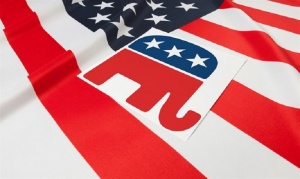 Part of the reason that Democrats now have this control is that the open primary in which the top two vote-getters advance to the general election regardless of their political affiliation. In 2011, the state adopted Proposition 14 a “modified open primary”. Individual citizens may vote for any candidate, and the top two candidates regardless of party will advance to the general election. The Presidential election is exempt from this voting method as it is a contest for delegates rather than a direct election for an office. For the last two elections, the U.S. Senate race has been contested with two Democrats in the general election, once again leaving the Republican voice out of the race and leaving the people without an alternative.

Another factor into play is District composition that favor Democrats, especially in Southern California. Here in the 51st Congressional District Rep. Juan Vargas won 70 percent of the vote districtwide without doing any campaigning compared to his Republican challenger who visited the Imperial Valley each week and put his campaign signs in every street corner. In an alternate universe, Juan Hidalgo would have been elected to Congress because of his campaign efforts but the district composition is made up of Democrats which makes it hard— or even impossible for a Republican to win despite having an incumbent that doesn’t reach out to their constituents during his term.

Regardless of the people’s party affiliation, having a weak Republican Party is unhealthy for California since this could mean the incoming governor and his Democratic legislature will have an “open checkbook” without someone to counter and debate laws that could negatively affect the everyday citizen or small business owners.

Now, most of you reading this might associate the Republican Party with Donald Trump and view the party as evil. That is not the case. The Republican Party has been traditionally the party of limited government and fewer taxes. When the new governor comes in with his Supermajority legislature how can the citizens of California be sure they won’t abuse their one-party rule when it comes to raising taxes, immigration, the environment, regulations and overspending? Every Democracy should have their balance of power and California doesn’t have it.

The lack of opposition in Sacramento will be detrimental since there will be a small voice and with little leverage. The Republican Party of California needs to reorganize and become stronger so that the people of California can hear a new platform of ideas and have both party’s work for the best interest of California and keep the Governor accountable.