California Is the 3rd Worst-Paying State for Millennials 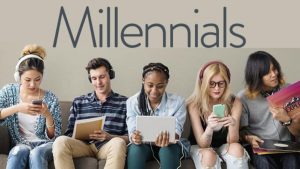 Millennials in California are having a hard time getting a well-paid job that would help them make a living while working on their career.

The current state of the economy and the high cost of living is making millennials struggle economically. It is hard for this young generation to make ends meet when it is hard to get a job when everything is so expensive.

Numbering over 72 million, millennials have surpassed Baby Boomers to be the largest living adult generation. Millennials, defined by the Pew Research Center as people born between 1981–1996, are now in their prime home-buying years.

However, millennial homeownership rates have lagged that of older generations—in part, because while home prices have been rising, income has not kept pace. According to the latest data from the U.S. Census Bureau, the median annual income for full-time working millennials was $42,000 in 2019, leaving many millennials struggling to afford a home.

Nationally, data from the Census Bureau shows that while the homeownership rate in the U.S. was 64.6% in 2019, the rate for millennials was just 39.9%. The median income for 25 to 34-year-olds has increased 2.5-fold since 1980; however, housing prices have more than tripled over the same period. Median income growth for that age group kept pace with housing prices until the year 2000 when housing prices began to rise more steeply. Although housing prices dropped significantly during the Great Recession, they have been rising rapidly since 2012.

The analysis found that in California, millennials earn a cost-of-living adjusted median income of $38,995. Out of all states, California is the 3rd worst-paying for millennials. Here is a summary of the data for California:

For reference, here are the statistics for the entire United States: