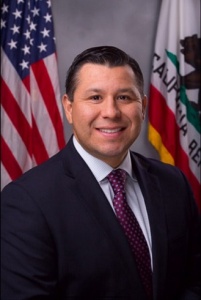 AB 1885, California Agricultural and Service Worker Act (CASA) was introduced this week proposing that our state work with the federal government to create a California resident worker permit program to allow all current unauthorized workers in California’s agriculture and service industries to remain working in California until Congress enacts immigration reform policy.

Assemblyman Eduardo Garcia believes that California has been blessed with rich agricultural soil, fantastic geography and great weather. These elements, along with the men and women who labor in the agricultural and service industries, have brought great wealth and prosperity to the Golden State. “These significant assets to California’s economy are under serious threat due to the structural labor shortages these two industries have been experiencing. The national debate around immigration has become a serious impediment to effectively resolving this situation and instead has steadily made matters worse,” stated Assemblyman Garcia.

“I’m extremely proud to jointly author with my colleagues this important piece of legislation. Farmworkers and service workers make significant contributions to California’s economy and are essential to maintaining the nation’s food supply.  We must do whatever we can to help ensure they secure legal status and remain working in our state,” said Assemblymember Anna Caballero (D-Salinas). 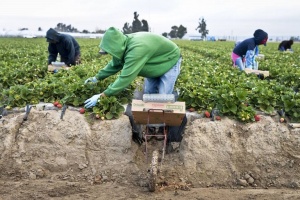 “Agriculture is a major contributor to California’s economic sustainability, and we should explore all options to ensure we avoid worker shortages, while recognizing the necessity to address immigration reform on the federal level,” said Senator Anthony Cannella (R-Ceres). “I believe this effort will make a positive statement toward that effort.”

Along the same lines, Assemblymember Mathis (R-Visalia) stated, “Agriculture is embedded within our state’s history, and it leads the Nation and remains one of our states leading industries. As such, the people who work to build this industry, and ensure that people worldwide can have food on their table, are equally as important. This Measure is designed to protect these men and women, our friends and our neighbors, from uncertainty. I am always proud to be at the table when tough decisions are being made.”

Assemblymember Garcia emphasized that, “We can no longer afford to wait on Washington. This labor shortage has become an economic urgency and for that reason we have introduced the California Agricultural and Service Worker Act, AB 1885.”