Calexico will look to expand its cannabis zoning activities now that the Calexico City Council has given direction to do so.

By a vote of 3-1 with council member Maritza Hurtado voting against, the council voted to allow city staff look at the Cannabis Overlay Zone and possibly expanding it to include retail of cannabis, dispensing and delivery which is not part of the current cannabis zone.  A subcommittee made of two council members made the recommendation to look into expanding opportunities in order to bring more revenue to the city. 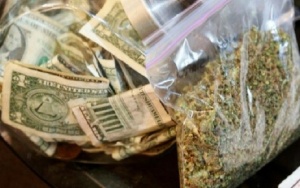 Calexico city staff believed that if approved, the tax is anticipated to generate approximately $700,000 General Fund revenues that will go to support city programs, parks, fire and police services. The tax initiative needed to be passed by four affirmative votes but since council member Armando Real was absent due to illness and Hurtado against it, the council decided to bring back this issue at the next regular meeting.

In 2017, Calexico became the first city in the Imperial Valley to pass an ordinance regarding permits for cannabis cultivation, manufacturing and distributing. The item went before the planning commission to discuss the zoning of where the cultivation facilities may be located and the requirements to open one.