Calexico Looks to Continue Its Path to Fiscal Recovery 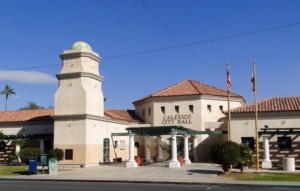 The California State Auditor’s fiscal health analysis shows Calexico as one of the fiscally challenged cities when it comes to their budget.

The state auditor released a report as part of their high-risk local government agency audit program to identify cities that could be facing fiscal challenges by assessing their levels of risk using various financial indicators.

Through this transparent interface, California residents, state and local policymakers, and interested parties will have a data-driven view of each city’s risk assessment.

The state auditor looked at factors such as how a city can pay its bills, how is the city’s level of debt based on income, if the city has enough financial reserves, revenue trends, and retirement obligations.

While Calexico has faced financial challenges through the years that have forced them to layoff employees and almost faced bankruptcy, the latest financial report given by the city looks better but there is still a lot of work ahead.

A presentation made at the last council meeting showed that June 2019 fund balance projection continues to strengthen and has improved to less than a $500,000 deficit level. In 2016, the City adopted a five-year work out a plan with inter-fund borrowing to resolve a substantial $4 million fund balance deficit that accumulated during the 2015 and 2016 fiscal years. Although the June 2019 General Fund balance is still a deficit, after three years of very careful expenditure control, the City is now operating ahead of its 5-year workout plan and is on track to complete repayment of its working capital advance from the Waste Water fund one year early and return to a positive total fund balance by June 2020.