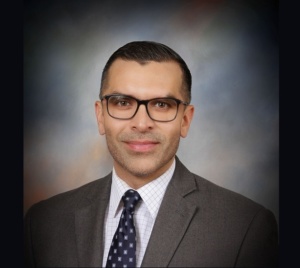 The Calexico City Council wanted an orderly transition in the administration and did so by approving a contract agreement with Miguel Figueroa making it official that he will become the city’s top administrator starting August 1st.

By unanimous vote and with little discussion the council voted to appoint Figueroa as the new City Manager. Councilman Bill Hodge said he agreed with the terms of the agreement and the compensation saying it was fair and equitable.

“I think the transition with Miguel is in order and he knows the pulse of the city. Miguel and David made a great team and kept the city afloat and the contract is acceptable,” Pacheco said.

On July 1, 2020, David Dale, the city’s current city manager submitted his letter of resignation. The council voted immediately to appoint Miguel Figueroa as the city manager and will be starting his new responsibilities next month.

Prior to Figueroa’s appointment, he held responsibilities as the Assistant City Manager and Economic Development Director. Prior to working for the city, Figueroa was the Workforce Development Director for the County of Imperial from 2014 to 2017 and was elected for two consecutive terms as Legislative Chairman for the California Workforce Association. Figueroa has 14 years of government management, administration, public policy, government budgeting, economic and workforce development programs, and community housing experience in the public and non-profit sectors.

Figueroa holds a Master’s Degree in Public Administration from the Maxwell School of Citizenship and Public Affairs at Syracuse University, and a Bachelor of Science Degree in Business Administration from California State University, Long Beach. Figueroa is an alumnus of Vincent Memorial Catholic High School and is an active member of the International City/County Management Association.

The employment agreement is for five years and will have an annual salary of $169,000. Health, retirement, and insurance and other benefits will be the same as provided to director-level employees; 80 hours of executive leave.

The City of Calexico is a general law city that operates under the council-manager form of government. Under this form of government, the City Council acts as the board of directors that sets policy for the city, while the City Manager acts as the chief executive officer of the organization and carries out the policies of the governing body.

The City Manager implements the decisions of the City Council, manages the day-to-day operations of the city, and ensures municipal services are delivered efficiently and effectively, hires and fires employees and works to protect the health, safety and welfare of the city.