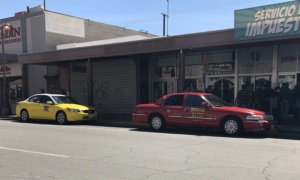 The Calexico City Council voted to increase the taxi and bus fare at the regular city council meeting held March 18.

The COVID-19 situation forced the council to hold this meeting closed doors at Calexico City Hall but had a long agenda that included a proposed rate increase for the local bus and taxi companies. The fare for taxicab service will increase from $5.00 to $6.50 and bus service providers will have a 50 cent increase.  This new rate will become effective in one month.

Assistant Calexico City Manager Miguel Figueroa told the council that operational cost has increased for bus operators and taxicab transportation services, so the increase to the rate schedule will help offset those costs while maintaining the same level of service bus riders and taxicab patrons, he said.

The city reviewed a request from the bus and taxicab service providers to increase the maximum rates by buses and taxicabs and determined that increasing the maximum rates was necessary in order to account for the increase in operational cost borne by taxi and bus operators. City staff conducted a fair market analysis and determined that the proposed rates were in accordance with transportation rates of similarly situated cities.

Erik Ortega, the owner of Calexico Taxi and Border Cab, said that this action was a public process conducted by the city. Ortega said that it was open and transparent for the community, stakeholders, and operators that started three months ago.

“Those of us who operate within the city is providing an essential service, and rates are set by the city itself,” Ortega told Beyond Borders Gazette.

The Council voted 4-1 to approve this increase with Mayor Bill Hodge voting against it. Hodge argued that this was not the right time to increase rates due to the current situation and the possibility of a recession due to the economic impacts of COVID-19. He also had concern for senior citizens who use public transportation saying they will be affected.

“This is a hard time for everyone, including the providers of this essential service, and I think the new rates will allow operators to cover their cost while continuing to deliver value to citizens who rely on service,” Ortega responded. “This obviously applies to seniors, too, whose rates are discounted in the new schedule.”