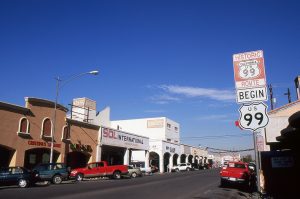 The Calexico City Council reviewed a presentation by City Manager Miguel Figueroa and Finance Director Karla Lobatos about the current state of the city budget. While things have stabilized and are being cautious in their expenditures, there is still a long way to go.

It was six years ago that the city began to suffer a massive $6 million budget deficit due to the mismanagement of a past city administration that almost put the city into bankruptcy. Years later and a lot of work to solve the fiscal deficit, the city now has a stable budget but as City Manager Figueroa said, there is still a lot of work to be done.

Figueroa said during his presentation that the city does not intent layoff of furlough employees. The city will continue to monitor the budget by controlling expenses and be conservative.

The City Council adopted the City’s Fiscal Year 2020-21 budget on June 3, 2020. A 1st quarter budget report was provided to update the council about the General Fund’s Fund Balance projection for the preliminary Fiscal Year 2019-20 (unaudited) results and to monitor budget compliance through the 1st quarter of the fiscal year. A budget amendment is proposed to update projections for current FEMA/OES coronavirus relief funding and also to reflect the recent July 2020 Bond Issue for the Water and Wastewater Funds.

The most significant year-to-date spending outside of the General Fund has been $8 million to retire the 2007 Water Bonds and other transfers in conjunction with the July 2020 sale of new Water and Wastewater Bonds. Collectively, the 2020 Water/Wastewater bond issue has provided approximately $38 million in net construction funding for the Water/Wastewater capital improvement program. Other program expenditures outside of the General Fund are largely dependent upon the timing of capital projects.

The fiscal year 2019-20 Year-End Close process is progressing well. The staff has focused efforts on preparing preliminary results for the General Fund because of its importance to the City’s overall financial condition.

revenue sources, Property Tax was on target while Sales Tax fell short of projections due to COVID-19 impacts. Ambulance revenues increased with an additional medical response. In total, the fiscal year 2019-20 General Fund revenues exceed projections by $161,000. Because of ongoing COVID-19 impacts, the approved the fiscal year 2020-21 revenue budget of $16.4 million may be at risk. Staff will continue to monitor economic recovery and will return in January for a 2nd quarter report with updated annual projections.

The total fiscal year 2019-20 General Fund expenditures of $16.7 million included $15.2 million of on-going program costs and also the $1.5 million final payment/retirement of an inter-fund advance from the Wastewater Fund in connection with a long-term fund balance workout plan established in 2016. During the fiscal year 2019-20, all program departments have operated within approved appropriations with the exception of the Fire Department, due to increased COVID-19 medical response activity, and Community Development Services Department, with professional service costs in support of development activity.

The fiscal year 2020-21 adopted budget included $16.4 million of baseline expenditures and also identified a $1.3 million “wish list” of program additions for the City Council to consider as business activity and revenues resumed post-virus. These program additions remain “on-hold” until revenue risk is re-evaluated in the next quarterly budget report.