Businessmen Visit Washington to advocate for the Cali-Baja Region 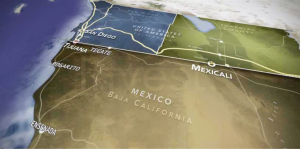 San Diego -Tijuana. September 8th, 2016.- With the objective of generating various benefits in the Cali-Baja region and serving and optimizing the crossings and border trade, infrastructure and health, “Mission to Washington DC” will be held for the tenth time, which was organized by the Regional Chamber of Commerce of San Diego and the Economic Development Council of Tijuana.

The event will be held from the 25th to the 28th of September, where members of various organizations will meet with legislators and US officials, this information was confirmed over a press conference held on Wednesday, September 7 at the CDT offices.

One of the objectives of the meetings in Washington is to meet with members of Congress and senior federal officials involved in international trade and cross-border trade, immigration, military and defense, transport, education, health, energy and small businesses.

Furthermore, Jerry Sanders, who’s President of the Chamber of Commerce of San Diego, stated that the US relationship with Mexico will be highlighted and the key role for a steady growth of the Mega – Region, having meetings with Secretary of the Department of transportation, Victor Mendez, the Administrator of General Services Administration, Denise Turner Roth, Customs and Border Protection and the Office of US Trade.

Finally, the head of the agency, Gabriel Camarena Salinas, restated that a very positive partnership has resulted from the alliance between the CDT and the Chamber of Commerce of San Diego, as it has allowed the promotion of different projects in the Metropolitan Strategic Plan, providing promoting projects and programs in the binational axis.