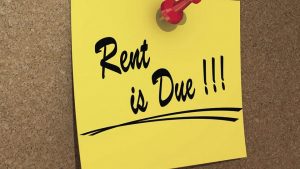 The Alignable April Rent Report has just been issued and the insights show both some nice improvement among key industries – restaurants and retail, in particular — but ongoing challenges for minority business owners.

More than half of all minority-owned small businesses (53%) could not pay their full rent in April, which means much mod de re must be done to help this group with the recovery. This report is based on a poll of nearly 9,000 small business owners surveyed from 3/27/21 to 4/5/21.

On a positive note, however, the overall percentage of small business owners that could not make their rent this month has stabilized back to 31% — a hope-inspiring decline from the all-time high of 49% in March. That said, it also shows that the ability of small businesses to pay their rent remains a major issue across the U.S.

Since April 2020, at least 30% of all SMBs have not been able to cover rent expenses, given the shutdowns and other restrictions small businesses have had to endure during the COVID Era.

Many small business people are feeling better about their prospects as expedited vaccine distribution is taking effect across the U.S. But that doesn’t mean the money is rolling in yet. And for minority-owned small businesses, the rent situation continues to be very difficult.

Alignable’s April Rent Poll, conducted among 8,943 small businesses from 3/27 to 4/5/21, showed that covering the rent remains a major obstacle for nearly one-third (31%) of all small business owners in the U.S. But for minorities, that percentage is much higher: 53% of minority-owned SMBs could not afford to pay their full rent on time.

While 53% is better than last month’s number, 67%, it’s still very discouraging and suggests that the recovery for many minority-owned businesses will likely be slower and more difficult.

Unfortunately, this reflects a trend seen throughout the COVID Era that doesn’t seem to be going away.

And the fact that more than half of minority-owned businesses can’t pay their rent also indicates that the PPP program is not fulfilling its early promises to focus on helping minorities, at least so far. Much more needs to be done for minority-owned small businesses to help them to rebound.

Despite the ongoing challenges that minority small businesses face paying their rent, there is a glimmer of hope for the overall small business economy.

That’s abundantly clear when we compare the 31% average from this month to March’s figure: 49%. So dropping 18% to 31% is a welcome reversal in the worrisome upward trend that lasted from January to March.

And much of this can be attributed to increased hope of a new normal ushered in by faster vaccine distribution.

Along with that general trend reversing, we did see some improvement in several industries, too.