Brawley Will Have a COVID-19 Testing Site 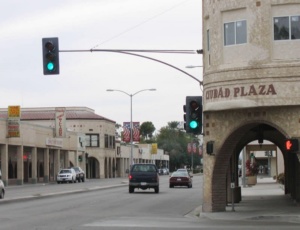 Brawley will have a testing site as soon as next week as it will open an opportunity for residents to see if they have COVID-19.

At the press conference briefing June 22, the Imperial County Health Department informed that the testing site in Calexico will move to Brawley starting Monday, June 29, at the Brawley Senior Center located at 575 J Street.

The county’s goal is to have a testing capacity of a minimum daily of 273. Testing availability for at least 75%, as measured by a specimen collection site within 60-minute driving time in rural areas.

Unlike other counties, Imperial has not been able to move towards opening larger scale stores since they haven’t been able to meet the less than 8 percent positive testing in seven days.

The State of California joined together with OptumServe to expand testing services for underserved communities and some of California’s most vulnerable patients.

There are no out-of-pocket costs for testing. If you have medical insurance, OptumServe will bill your insurance company. If you’re uninsured, your test is paid for by the state.

Tests are by appointment only. Make an appointment at https://lhi.care/covidtesting. If you do not have internet access, call; 1-888-634-1123.

Anyone who meets the testing criteria can be tested at an OptumServe community testing site, including uninsured, underinsured, undocumented, and homeless individuals. OptumServe will generate a unique identification number for individuals who do not have a driver’s license.