Breaking News
Home / Education / Borderlands Institute to show documentary about the history of latino vote in the U.S.

Borderlands Institute to show documentary about the history of latino vote in the U.S. 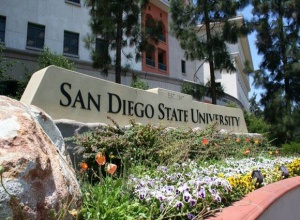 The San Diego State University Imperial Valley Campus Borderlands Institute, in collaboration with KPBS Latino Public Broadcasting, and the Corporation for Public Broadcasting, announced a free screening and discussion of the film, Willie Velasquez: Empowering the People. The screening will take place Friday, September 30, at 6:30 p.m. at Rodney Auditorium in Calexico.

“This film breathes new life into the story of the man who dedicated his life breaking barriers and opening doors so that Latinos could have been a voice, and be empowered to participate in American Civic Discourse.” Said Dr. Carlos Herrera, Director of the Borderlands Institute and Associate Dean of Academic Affairs.

Directed by Hector Galan, this documentary explores Velasquez’s contribution to the Mexican Civil Rights Movement and in particular his nonpartisan Southwest Voter Registration and Education Project. Since its founding in 1974, SVREP has launched thousands of voter registration drives throughout the country, and successfully registered millions of Latino voters. Velazquez’s dream of a Latino electorate altered the political landscape of the United States. By encouraging Latinos to become active in the democratic process, Velazquez helped his community find a powerful voice that is redefining the American Experience in profound ways.

The film screening will be followed by a panel discussion on the significance of the vote and political activism.