Border wall gets $1.6 billion in Omnibus 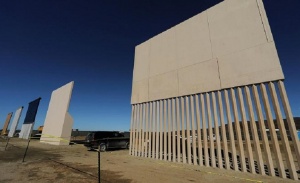 The FY18 Omnibus released to the public last night allocated some $1.6 billion for the construction of additional levee walls, bollard fencing, as well as other barriers along the southwest border both in San Diego and the Rio Grande Valley in Texas.

Other language:
No funds can be used to construct in the Santa Ana National Wildlife Refuge in Texas.

The following is a statement by Luis Torres, Earthjustice senior legislative representative. “It is now clear that the burden of this senseless and costly wall is poised to fall squarely on the American taxpayer. By providing millions for additional border fences, walls, and levees, the omnibus falls short of protecting frontline border communities, wildlife, and natural resources.”